1. NAME, ADDRESS, NON- PROFIT STATUS
a) The name of this Club shall be: Miniature American Shepherds of Canada (MASCAN)
b) The Club's fiscal year is from January 1st to December 31st.
c) The address of MASCAN at the time of these Bylaws is:  The address of the current President or other address as decided by the Board of Directors.
The business address of the Club may be changed at any time by a vote from the Board of Directors, without amendment to the Bylaws.
d) The Club shall not be conducted or operated for profit. No part of any profit or remainder or residue from dues or donations to the Club shall benefit or be distributed to any member.

2. OBJECTIVES
a) To promote and encourage quality breeding and raising of Purebred Miniature American Shepherds (MAS) as a small mirror-image of the full-size Australian Shepherd dog, to preserve the working attributes the intelligence, sound temperament, type, structure and good health of the breed.
b) To encourage all Members and Breeders to accept one breed standard for the Miniature American Shepherd as approved by The American Kennel Club (AKC), the only standard of excellence by which the Miniature American Shepherd shall be judged.
c) To safeguard the welfare of the breed and to encourage the learning and participation in all Miniature American Shepherd activities, including but not limited to: herding, conformation, obedience, agility, flyball, tracking, scent detection & barnhunt trials, and as companion dogs and therapy dogs.
d) To promote and encourage all Members to adhere to the "Breeder's Code of Ethics" as set forth by MASCAN.
e) To maintain a database of all Canadian resident MAS registered with the American Kennel Club. This database is to include all known health tests for each MAS, including any hereditary problems.

3. MEMBERSHIP
a) Membership shall be open to all persons who are in good standing with the Club and shall not be restricted on basis of race, colour, creed or sex, nor ownership of a Miniature American Shepherd.
b) Individual Membership- open to any individual over 18 years of age, and shall have one vote.
c) Family Membership- a two person membership with two votes, where both persons are of immediate family/ household. Both persons must be 18 years of age.
d) Junior Membership- open to any individuals who are less than 18 years of age with the sponsorship of an adult member. A Jr. Membership shall not have voting rights. There is no membership fee for Jr. Members.
e) A renewal application will be sent out a minimum of 30 days prior to membership expiration. All members applying for renewal, agree to have reread and consented to the clubs; Code of ethics, Bylaws, Registration rules and all rules of MASCAN.
f) Membership in the club is Non transferable and membership dues received are Non refundable.
4. ELECTION OF MEMBERS
a) Each applicant for membership shall apply on a form approved by the Board of Directors.
b) The application must state the applicants Full name(s), address and must include the applicant’s signature(s). By signing the application, the applicant agrees to abide by the clubs; Code of ethics, Bylaws, Registry rules and all rules of MASCAN.
c) The application shall be accompanied by the membership dues for the current year, as determined by the Board of Directors.
d) Applications must be approved by the Board of Directors at their next meeting. Three votes against the applicant shall result in the refusal of club membership. The Board of Directors reserves the right to refuse membership to any applicant(s) whose conduct has or is likely to endanger the welfare and character of MASCAN.
5. TERMINATION OF MEMBERSHIP
a) By Resignation- Any member may resign from MASCAN by written request to the Board of Directors. Membership dues will not be refunded and person may reapply as a new member at any time.
b) By Lapsing- Membership shall be deemed as lapsed and expired, if the member does not return their renewal application within 60 days after the due date. Any member who lets their membership expire (after 60 days), must reapply as a new member.
c) By Suspension- Any complaints regarding another member must be submitted in writing to the Board of Directors. Complaints will be addressed at the Board of Directors next meeting. Notice of the complaint shall be sent to the accused, so that he/she may attend the next meeting and offer an explanation. A member will be immediately suspended from membership of MASCAN if at the meeting, a resolution to suspend the accused is passed by 75% or more of the Board of Directors. Suspended members may reapply for membership after 1 year from suspended date. For minor offences, a written warning will be sent to the accused, giving them another chance to abide my all MASCAN rules.
d) Permanent Expulsion- Any member who is convicted of charges of animal neglect, abuse, cruelty, or any other charges related to endangerment of animals shall be permanently expelled from the club MASCAN.

8) Nominations and Elections
Section 1. Nominations.
a. The Board of Directors shall choose a Nominating Committee of three to five Members, not more than one of whom may be a current member of the Board. Selection of these committee members by the Board should, as best as possible, reflect and represent the broad geographic area of the Club. The Board shall name the Chair of this committee. This committee shall conduct its business by mail and, where appropriate, by e-mail.
b. The committee shall nominate from among the eligible members of the Club not more than one candidate for each Officer and Director. The Chair of the committee shall procure the acceptance of each nominee. Geographical representation shall be considered by the committee but it shall not be bound by such consideration.
c. The committee shall submit its slate of candidates to the Secretary not later than 4 months prior to an election. The Secretary shall notify each voting member (by mail or e-mail) of this list of candidates no later than 3 months prior to the election.
d. Additional nominations may be made by written petition to the Secretary indicating the acceptance of the nominee and the signature of at least two other voting members of the Club. Such petition must be received by the Secretary within 45 days of the election.
e. If no valid additional nominations are received within 45 days of the election the committee’s nominees shall be declared elected and balloting shall not be required.
f. If one or more valid additional nominations are received by the Secretary within the time limit described above a ballot for the contested position(s) shall be mailed to each voting member no later than 30 days prior to the election.
Section 2. Elections.
a. Ballots shall be counted at a time and place approved by a majority vote of the nominating committee.
b. The candidate receiving the most votes shall be declared elected. In the case of a tie vote, a vote of the Board of Directors shall determine the winner.

By Laws and Code of Ethics 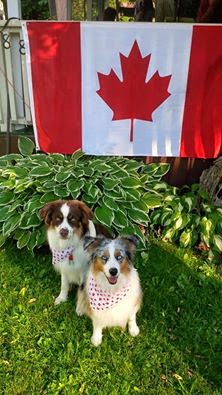